How Time Based Otp Work

One-time passwords (OTP) are a great way to provide a second factor of authentication to an application. They are commonly distributed through channels like SMS, voice call, email, or physical token generator - common with banks. Although very useful, each of those distribution channels have limitations on both side; for the user and for the application developer. For example, for the user, SMS or voice call needs network connectivity which isn’t always available, and from the application developer, we need to rely on third party SMS gateway or voice call gateway which don’t support all countries, making 2FA unavailable for some. HMAC-based OTP (HMAC) and later on Time-based OTP (TOTP) were algorithms invented to address those problems providing a way for a prover to generate a valid OTP without the need of the verifier to send it to the prover. In today’s post we will see an example of TOTP implementation and look at how it is constructed.

To generate TOTP we can use pyotp package which is an implementation of the HOTP and TOTP algorithms.

The basis of TOTP is a shared secret between prover and verifier:

We generate a 26 digits base32 secret which will be known by prover and verifier. Then using that secret we are able to generate TOTP:

Just by knowing the secret, we are able generate the OTP.

From the users side, they will be using a token generator such as Google Authenticator which knows the secret and is able to generate the OTP in the same way on the users devices. Then the users are able to send the token that they have generated on their own, and from the application, we are able to verify it by generating the same token on our end.

This means that the authenticator device must be in sync with the server implementation in term of the step used (the default being 30 seconds).

Coming back to the secret, the verifier generates it and shares it to the prover. This step only happens once, once the secret is known by the prover, they can both indepedently generate tokens. The most common way to share the secret is via QR code. We can generate the QR code URL with pyotp:

We can see that the URL provides all the details necessary for token authenticators to save the information, we have the scheme otpauth, the type totp (as opposed to hotp), the application name, the prover name and the secret. Using this URL we can generate the following QR code: 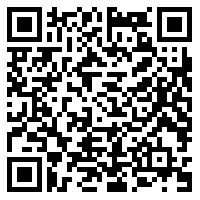 And we can scan this with Google Authenticator to be able to register the secret and generate tokens in interval of 30 seconds. We can then compare those tokens with the tokens generated by totp.now() and we should see that they match.

How are TOTP Generated

In the context of OTP, the following steps are the steps used to created the OTP:

the steps can be abbreviated to:

where the hash is truncated to provide HOTP where the counter is replaced by the timestamp for TOTP.

In pyotp, the hash of the secret with the timestamp is simply executed using hmac module:

Next the truncation is executed by taking the following steps:

In pyotp, we can see this logic executed as followed:

offset = hmac_hash[-1] & 0xf will get the offset by getting the last byte of the bytearray and masking the first nibble to keep the last nibble only constituting the offset.

Using the offset, 4 bytes are selected from the hash, and appended together:

In today’s post we looked at Time-based OTP, how we could generate them in Python and how the token was generated. TOTP is a great way of enhancing security without any compromises, it allows developers to bake into their applications 2FA without needing to be tied to a third party and it allows users to generated the tokens from devices like phones or tablets from simple interfaces. I hope you liked this post and I see you on the next one!